Menu
Let’s meet another of our fabulous trustees! This time we’re getting to know Cherry Ward who runs several of our activity sessions for us as well as her duties as trustee.
Name: Cherry Ward
How long have you been involved with SSW?  What’s your role at SSW?
I have now been involved in SSW for over 6 years firstly as a volunteer, and then became both a Trustee and a volunteer, along with providing exercise classes and taking responsibility for other activities such as Boccia and the Burns Supper event.
Also, Barry & I use to do Sunday picnics and did take a group on holiday for three years….. even went overseas…. Isle of Wight! All were a great success and fond memories were made. There is many a photo on file or a tale to tell. I also carry out 1:1 drives for our members wherever they wish to be taken.
Which moments at SSW have you particularly enjoyed?
I thoroughly enjoy the interaction with the very varied membership we have, getting them motivated and hearing about their lives, having often found some link either in where they have lived or interests and even to the point of knowing the same people totally not associated to SSW.
What do you love about living where you do?
Living were we do we have everything very close to hand. We do not have to travel too far before you are in a big city or the countryside, where there are many very interesting places to visit – National Trust sites, for example – which the members have enjoyed too. 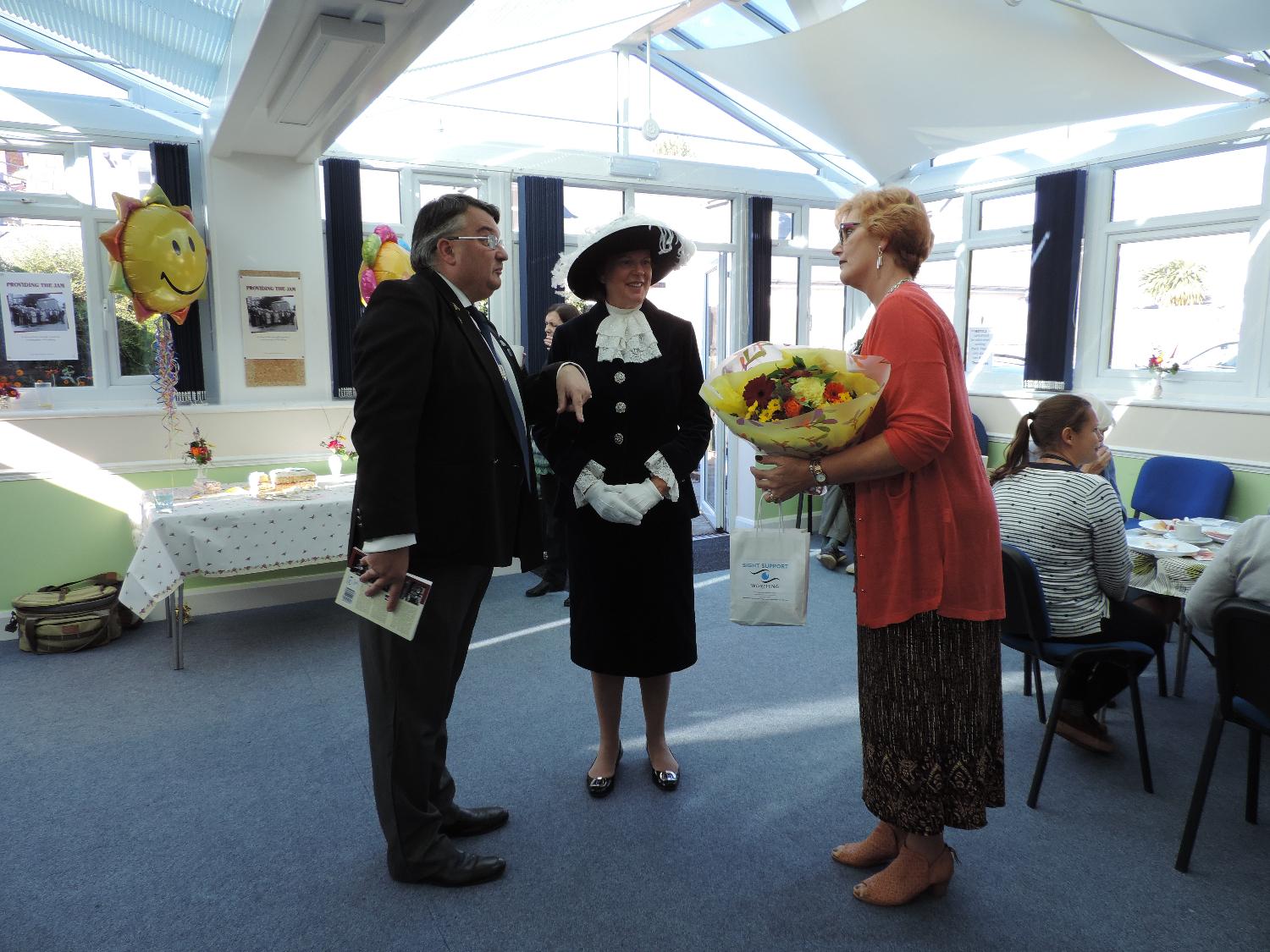 How do you spend your free time?
My free time is taken up with family and friends. We have three adult children, four adult grandchildren and one younger grandchild and two great-grand children. We are fortunate that they all live within walking distance. We have family both in Plymouth and Weymouth who we keep in contact with and try to visit regularly.
We have a good circle of friends and social events are a key aspect of any circle. I do try to keep fit but long term health issues sometimes slow me down.
Tell us an amazing fact about yourself…
When staying in Bulawayo, Rhodesia in 1972 I attended a racehorse mare and aided the premature birth to one of twins. I had to milk the mare to start the milk flow and feed the foal. All this in full ball gown as both the vet who was on duty and I were attending a government house function.  The following day I was told by the owner and stable hand that she was a VERY difficult mare and had put quite a few staff in hospital!
Another interesting fact is that I have the badge to prove that I was a Show Steward at Crufts Dog Show centenary year when they moved if from Olympia to Birmingham – my mother was senior Judge for ‘French Bulldogs’ a breed that she had bred for some years and produced a champion in her own right.
Thanks Cherry – that’s a great end to a fascinating snap shot of your life and involvement with SSW.

Although the feature is called a Talk with a Trustee, this one could be retitled Chat with the Chairman as Barry is actually the chairman of the board of trustees here at SSW. Here’s a little insight into Barry’s world…

How long have you been involved with SSW?

I joined SSW as a volunteer minibus driver in April 2010 – so my involvement goes back 11 years..

What’s your role at SSW?

I have been a Trustee since July 2012 and I have been Chairman of the Board of Trustees since October 2012.

I am also an active volunteer, driving the SSW minibus (and car) and helping out on some internal member activities at the Centre in Rowlands Road.

What do you especially enjoy about your role?

The most enjoyable aspect of both roles (Trustee and volunteer) is the interaction with members at the Centre, whether that’s helping with a particular activity or responding to questions about how the charity will evolve to meet the needs of current and future members.

Specifically with the Trustee role, the most rewarding aspect is being part of a small group of Trustees who are in a position to determine what needs to be done – and to have the collective authority to implement those ideas. Whilst the Board is always accountable to the membership – through the Annual General Meetings – the Board is free to establish and implement the strategy that it feels best meets the needs of the visually impaired.

What special memories do you have of taking part in the activities or groups at SSW?

Some of the most enjoyable have been taking a minibus full of members on a Sunday picnic out in the country or to the sea front. Memories are plentiful, including:

My wife and I have also taken groups on holiday (in the minibus) to Eastbourne, Bournemouth and the Isle of Wight. Members paddled on the beach at Bournemouth; listened to a live concert on the sea front at Eastbourne; and all agreed that the Isle of Wight was almost like going abroad. So many happy memories.

How do you spend your free time?

My free time is divided between playing golf and time spent with my wife and family. Between us we have three children, six grandchildren and two Great Grandchildren – all live locally.

Tell us an amazing fact about yourself!

I still believe in Father Christmas – the proof being that the stocking I leave out on Christmas Eve is always full of goodies when I wake in the morning!

How lovely that Barry still gets a visit from Father Christmas every year. He’s obviously on Santa’s ‘well-behaved’ list!

If you’d like to volunteer at SSW, like Barry, please do get in touch. We’re always keen to hear from people looking to make a difference for our members.

Our Executive Board play an important role in SSW and it’s always interesting to find out more about their background. In this insight we meet Bob Smytherman, who is President of SSW. You might also recognise him as Worthing’s Town Crier!

Have you always lived in Worthing? I born in our family home in Lancing before moving to my own home in Worthing in 1991

How long have you been involved with Sight Support Worthing (SSW)? Since 2012 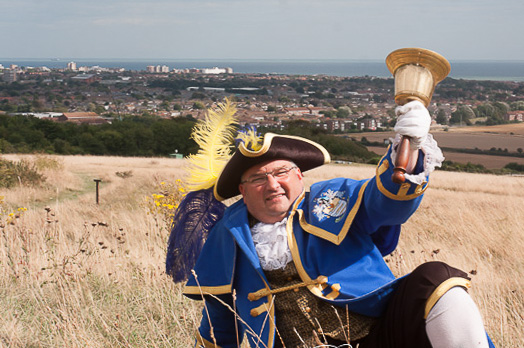 What’s your role at SSW? President

What do you especially enjoy about your role? I love meeting with our Members at our regular events such as the Burns Lunch or Christmas Party and Volunteers afternoon tea.

Which moments at SSW have you particularly enjoyed?

Being Master of Ceremonies for the Burns Lunch and addressing the Haggis is always a particular highlight as was Chairing the steering group for the lottery project looking in to the history of the charity and visually impaired people in the town.

What do you love about living where you do? I love being close to both the sea and Downs with a great range of shopping and leisure facilities on our doorstep.

How do you spend your free time?  I love spending my time as Worthing Town Crier promoting our amazing town and community organisations

Tell us an amazing fact about yourself! I was Milk Monitor at St Mary’s Catholic Primary school in Worthing where I am now a School Governor. 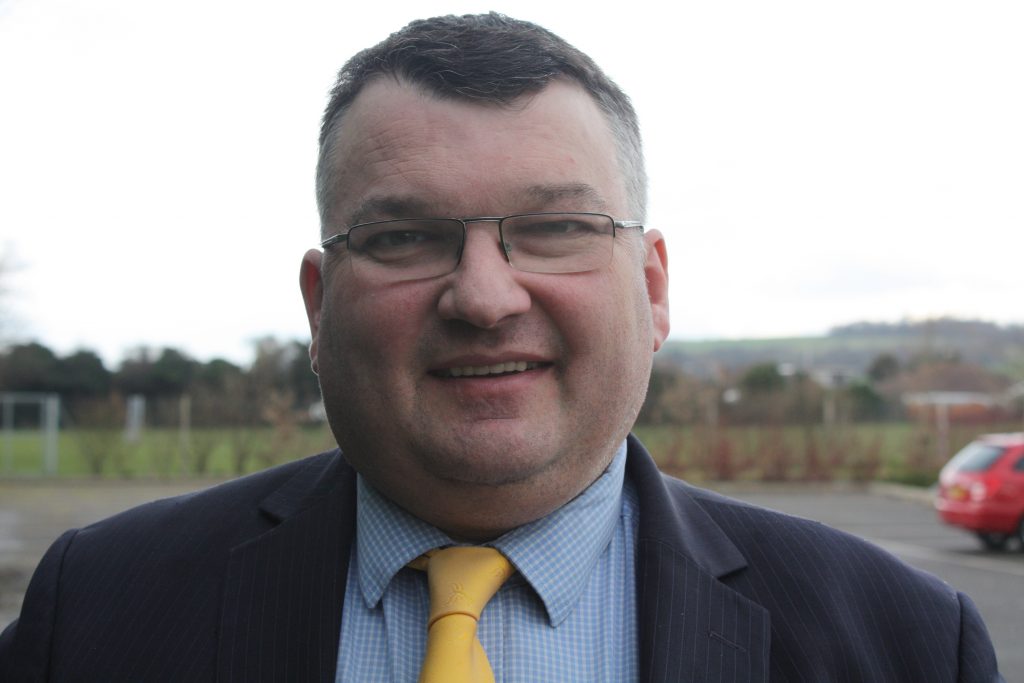 Name: Dawn O’Donnell
Lives: I have lived in Worthing for 4.5 years moving from south east London in 2016.
How long have you been involved with SSW?
When I moved here I knew no one and my husband was commuting back to London each day. He was leaving at 6 in the morning and not getting home until 5 in the evening; that’s a long day with no one to talk to especially if talking is your specialist subject!
I decided no one would knock on my door just for a chat so I better find some company. I walked down the road, saw the sign at SSW (then The Blind Society) asking if you could make tea and coffee, and applied as a volunteer. I volunteered for about two years then was asked to become a trustee in August 2019.
What’s your role at SSW? What do you especially enjoy about your role?
I started in the Art class which I absolutely loved. Then I started taking members on trips and coffee mornings and helping out at afternoon events, which I did right up until covid stopped play.
If you take part in the activities or groups at SSW which have you particularly enjoyed or have special memories of?
I have many fabulous memories of conversations with members, Christmas parties, days out and, of cours,e directing the legendary (in my mind) SSW pantomime but I think my favourite was in an art class. Fiona, the tutor, asked a member – also called Dawn – if she wanted to make a birthday card with an owl in it. She said “ohh I can’t do that” so I said I would help her. Dawn’s sight was poor and she was also quite fragile but, between us, we made the card and the look on her face when we finished it was magic. Sadly Dawn passed away not that long after but I will always remember her grinning from ear to ear with pride at her achievement.
What do you love about living where you do?
I love the community feel in Worthing and every day during the pandemic I have thanked my lucky stars to be living by the sea.
How do you spend your free time?
I do work part-time for another charity but have been furloughed for the best part of a year. In this time I have been drawing. I belong to the Lockdown Scribblers (started by Jacqui who works for SSW) and have drawn something, mainly with a Disney twist, every day since 1st Jan. I also belong to the Worthing Blue Tits and have swum in the sea about a dozen times so far this year, including Easter Sunday. 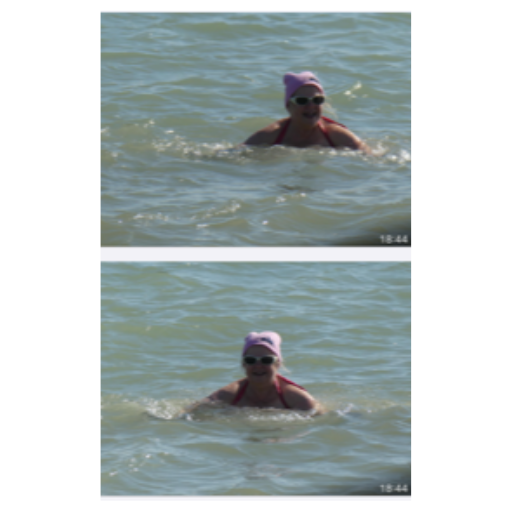 Tell us an amazing fact about yourself!
I don’t have many amazing facts about myself but I did get married in Las Vegas and Elvis walked me down the aisle.
—–
That’s a great fact to end on Dawn and in the words of the great man himself… “Thank you very much!”